When you were a child, did you ever like colouring? I remember my mum giving me lots of plain paper and a variety of colouring pencils and I could draw and colour for hours. I was taken to the hospital once when I was younger as I thought it would be a good idea to try and stick a crayon up my nose and see how far it went. It got stuck and I needed a Doctor to remove it! You think that would have put me off colouring for life, but it didn’t.

After my stroke, almost 4 years ago, I became depressed and very anxious about where my life was heading and how I could be of use to the world. These seem such silly thoughts now, as I am exceptionally happy and have a pretty good idea where I’m going! 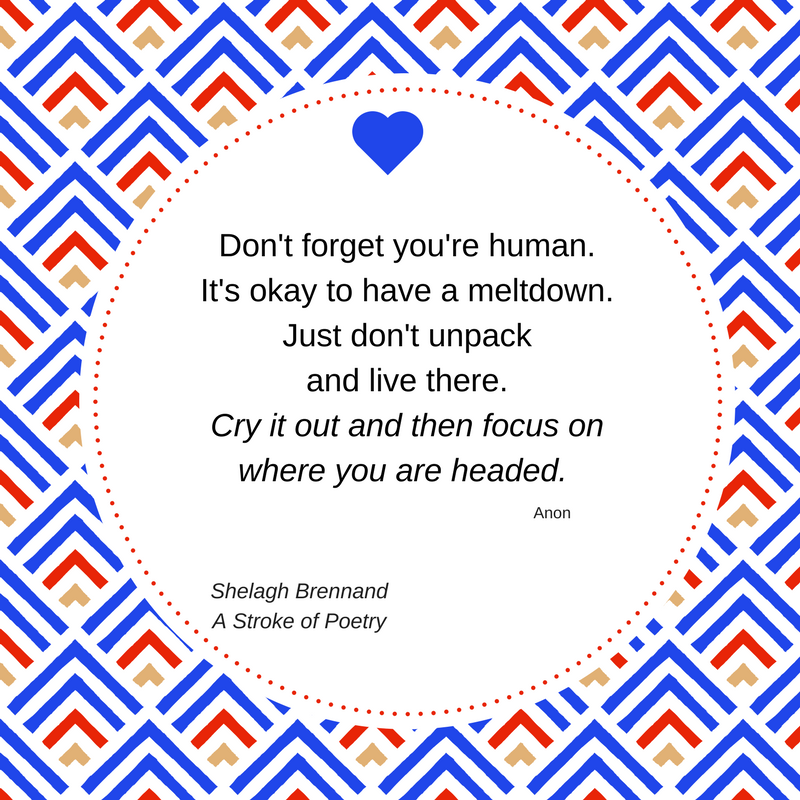 My brain on many days was so full of anger, not being able to do what I could or wanted to do, but I found colouring cleared my brain and helped me relax enormously. The only decision I needed to make was which colouring pencil to choose. I could float away in my own little world and sit in my comfy chair and not have to interact with anyone for a while. I have always liked some uniformity and routine but since my stroke, my brain is much less organised and ‘anything goes’. It didn’t matter what colouring pencil I chose..it was the act of colouring that made everything seem OK. I am a great believer in the saying ‘a little bit of what you fancy does you good.’  I believe that any form of colouring is therapy, if it makes you forget your woes.

In August 2015, I attended a book workshop, pre-publication of A Stroke of Poetry and a participant suggested that I should include some colouring pages within my book. “What a great idea,” I thought. I had previously coloured some Mandalas and enjoyed doing these but I needed to find some suitable colouring pictures which would not be too difficult for those recovering from stroke.

I researched the benefits of colour therapy, as I wanted to include colouring pictures in my book as a helpful tool, rather than being there just for show. I quickly learned that use of colour as a Therapy is a truly holistic, non-invasive and powerful therapy which dates back thousands of years. It aims to balance and enhance our body’s energy centres/chakras by using the colours of the light spectrum, which can help to stimulate our body’s own healing process. Learn more . 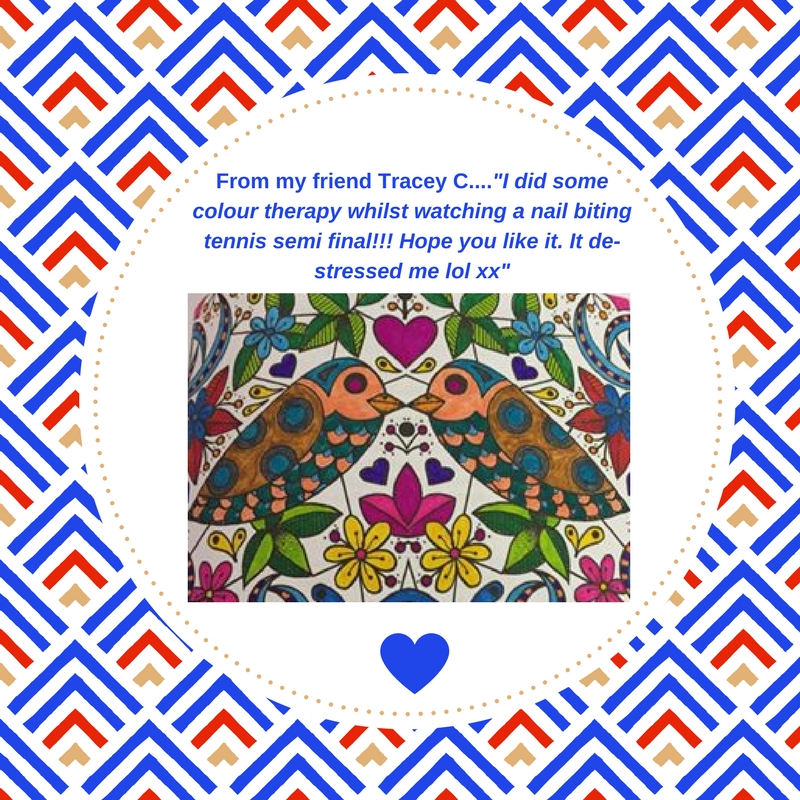 For days, I trawled the internet and eventually discovered two lovely artists. Georgina Westley, a British Graphic Designer, had drawn a gorgeous design named ‘Lovebirds’ and I immediately knew I needed it for my book. Georgina was extremely honoured that her artwork is in my book and she wrote a very pleasing review.  Many of my book recipients have coloured the Lovebirds and here is one by my friend Tracey who commented that it kept her calm during one of her daughter’s intense tennis matches.

I also sourced some simple but effective Mandalas from the lovely Sharon Morgan, from Adelaide which were posted on her website Manifesting Mandalas. Sharon was pleased to have them in my book and knows first-hand how much colour therapy helps those with depression and anxiety. Sharon runs workshops where she helps people to draw and colour, to release their negative thoughts and help them soothe their troubled souls. In January 2016, my son Patrick was admitted to hospital with appendicitis and was quite poorly so I stressed a little during his operation. I coloured some of the Mandalas which made me calmer and helped me forget my worries, even for a short time. My colouring isn’t perfect and that doesn’t matter, if it helped me stay calm. 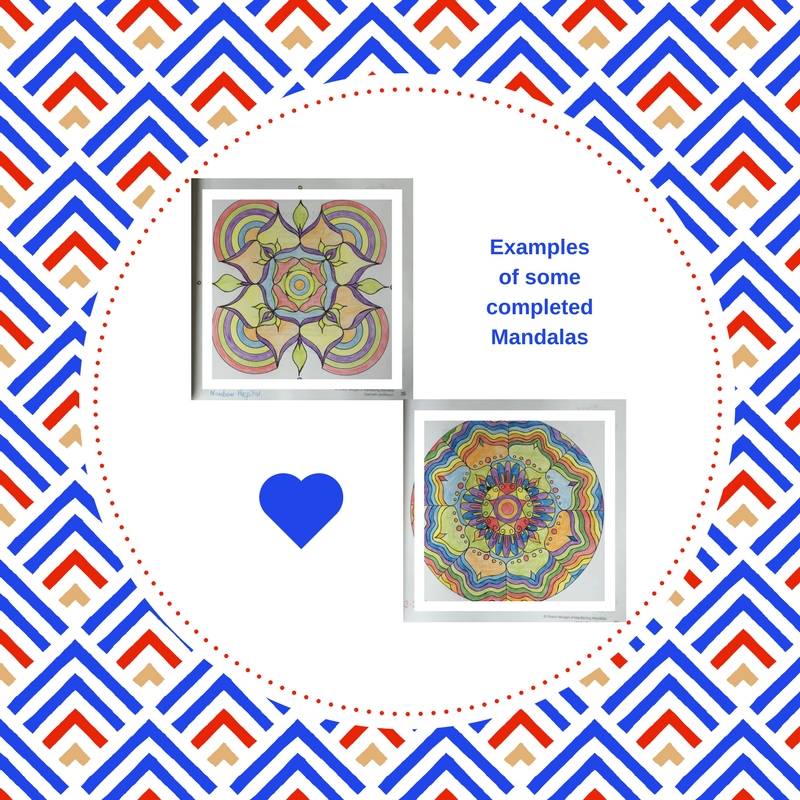 Within my book are additional pages entitled; ‘My Thoughts, poems and artwork’ which encourages the reader to write down or draw their own thoughts and feelings and hopefully take away the sadness and negative thoughts that they may be experiencing.

Let me know your own thoughts on colour therapy. There are many adult colouring books available but if you would like to order a signed copy of A Stroke of Poetry, so you can release that ‘inner artist’ in you, I will even throw in a packet of colouring pencils!

Here’s hoping that you have some colour in your week!